The Scientific Advisory Board (SAB) members consist of three scientists and professors that are internationally recognized, external specialists in the field of tissue engineering. All of them have several years of experience in teaching and supervising PhD students and are thus capable of evaluating the qualifications of the candidate and provide an independent perspective in the recruiting procedure. Moreover, the SAB will advise the management board in matters of quality assurance, conflict management, progression and best practices. The SAB will also function as an ombudsman and mediator in case of conflicts between a PhD candidate and their supervisor. 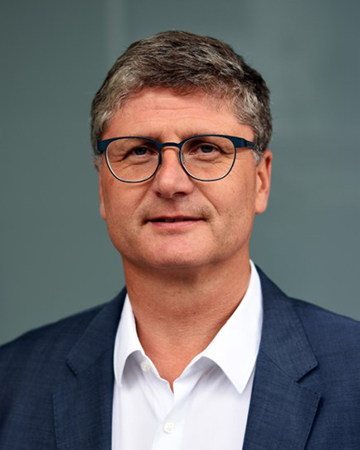 Johannes Grillari’s research focus is on improving our understanding of the molecular and physiological mechanisms of regeneration, as well as on the impact of cellular senescence on regeneration, specifically in skin and bone. This interest has led to pioneering the field of circulating miRNAs and extracellular vesicles in aging.

Johannes Grillari has performed his studies and PhD (1999) in Biotechnology at BOKU University Vienna, Austria in the fields of cell aging and RNA biology. In 2010 he was appointed Associate Professor at BOKU, in 2019 director of the Ludwig Boltzmann Institute of Experimental and Clinical Traumatology, Vienna. He also acted as co-founder in 2011 for Evercyte, a company generating and providing immortalized cells for biopharmaceutical research and development. In 2013, he co-founded TAmiRNA, a company interested in identifying circulating miRNAs as biomarkers for aging and age-associated diseases, specifically in osteoporosis. He has published more than 180 peer reviewed articles, holds 14 patents and has been invited speaker to more than 130 international conferences and departmental seminars. He has received several awards including the Walter-Doberauer award for aging research.

Sandra Hofmann is Associate Professor in Bioengineering Bone at the Eindhoven University of Technology, Eindhoven, the Netherlands. Her research focus is on human cell-based 3D models of bone that allow the investigation of environmental changes (cellular, chemical, mechanical) on bone physiology, pathology, regeneration and treatment. A special focus lies on visualization and understanding of how cells react to environmental and influential parameters (chemical, mechanical, other cells) in tissue-engineered in vitro models of bone tissue.

In 2010 Hofmann became group leader of the Skeletal Tissue Engineering Group as a Senior Research Associate. She became an assistant professor at the Eindhoven University of Technology (TU/e) in 2013 and obtained tenure in 2016. Currently, she is an associate professor in Bioengineering Bone at the Orthopaedic Biomechanics Group and a core member of the Institute for Complex Molecular Systems (ICMS) at the TU/e. 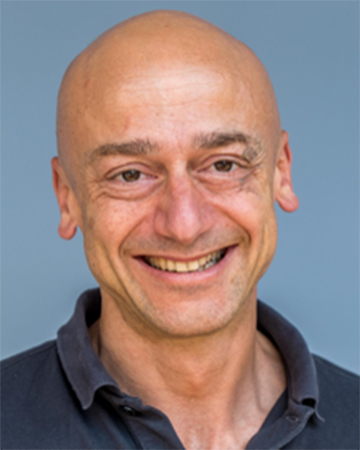 Ivan Martin is a Professor at the University of Basel Hospital and the Head of the Department of Biomedicine at the University of Basel in Switzerland. He is the Head of the Tissue Engineering Research Group; his group includes scientists from biological, engineering and clinical fields, dedicated to developing a solid scientific basis for innovative, translational strategies in regenerative surgery.

In this field he is author of more than 300 peer-reviewed papers in international journals (H-Index:94), member of editorial boards of 6 international journals and inventor for 10 patent applications; as well as receiving various European research grants, including the European Research Council (ERC). The science and technologies developed by his team have been translated into different clinical trials for cell-based cartilage and bone repair, and into the founding of a spin-out company for the commercialization of bioreactors for 3D cell culture (Cellec Biotek AG).